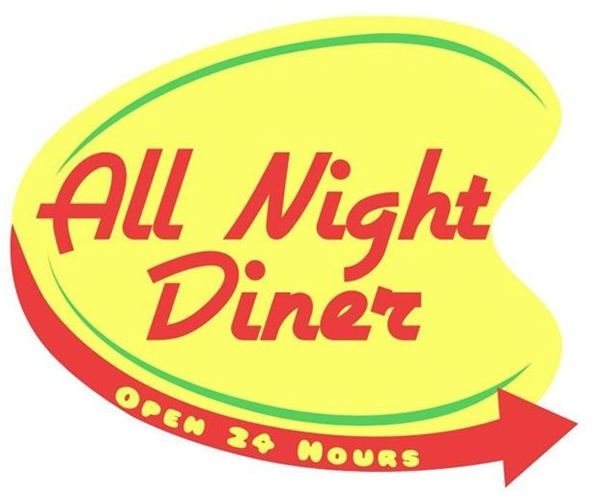 Last week, I was having lunch with a friend at a great little diner in Escanaba called Drifter’s. We ordered breakfast, which you can do at any good diner, no matter the time. Both of us were watching our carbs, trying to maintain our girlish fig— uh, I mean, our bodybuilding pro cards, so we passed on the hash browns. My friend vocalized his desire to hold the taters. I merely implied I was on the same diet, perhaps mumbling that part. Anyway, the hash browns appeared with our eggs, ham, bacon, and steak (his not mine). A mistake by the waitress? Or does it show Freud is alive and well in any reputable hash house?

Before I submit to you my theory, I suppose my credentials should be examined. I’ve been going to diners ever since I was old enough to blow bubbles in my milk. In South Philly, we had three diners that, in a way, triangulated my youth. On the weekends, my father would make the rounds to his sisters’ with me in tow. During those little sojourns, I was doted upon by elderly Italian women who enjoyed putting a smile on a little boy’s face by stuffing him with pizzelles or whatever other Italian cookie was in easy reach. And I don’t remember ever complaining about carbs back then. After receiving a felonious number of cheek pinches and getting a fair amount of powdered sugar on my hands, face, and Six Million Dollar Man T-shirt, I would go with my father to the Melrose Diner, where he would order a cup of coffee, and I would polish off a stack of hotcakes. (Life seemed so much easier when carb was simply shorthand for carburetor.)

As a teenager, my friends and I would grab a quick bite at the Oregon Diner. Sometimes we would make plans to meet up there. We didn’t have cellphones or texting or apps . We did it old-school. By talking. For those looking for a refresher, it usually went something like this: “Yous guys wanna meet at the Oregon Diner tomorrow?”

Coffee wasn’t as popular with teens back then as it is today, so it wasn’t until my twenties that I found myself looking forward to a cup of diner black. On a Friday or Saturday, after a night of clubbing (don’t judge, it was the ‘80s), we would meet up at the Penrose Diner. “Yous guys wanna grab some grub at the Penrose?”

So fast forward twenty years to the lunch in Escanaba, keeping in mind my extensive diner training. I look back on that conversation with the waitress at Drifters and realize our request to hold the browns had gotten crossed with another message: bring us a heaping pile of delicious carbs. Which was not necessarily a bad thing, except maybe for the spuds. But I think situations like that are why I love good old-fashioned diners, especially the ones that serve their coffee in mugs, not cups. The thick ones. The kind with chips around the edges and character spilling over the rim. It’s at these diners I meet the best waitresses and waiters with the best personalities.

There’s something about a conversation with a diner waitresses that is fun and comfortable and revealing, a little like sitting in grandma’s kitchen while she’s baking, and you’re telling her all about your day at school and how Johnny broke your favorite pencil and how you’re secretly in love with Jenny, the girl who sits in the front row and wears her hair in braids. These conversations are often lively and folksy and take unique and amazing twists and turns. Afterward, no matter how hard you try, you can never figure out how it went from eggs over easy to your great grandfather winning an apple-bobbing contest, your mom meeting your dad, you being born, and Bob’s your uncle. I realize such waitresses are really not waitresses at all, but rather psychologists with order pads. They psychoanalyze the subtleties of your behavior and word choice. After only a minute or two of humorous conversation, a joke, a poke, and a laugh, ours understood what we both really wanted. Ten minutes later, she was back with two plates of eggs, ham, bacon, steak (his not mine), and a heaping pile of delicious, crispy, golden hash browns.

We ate every bite.